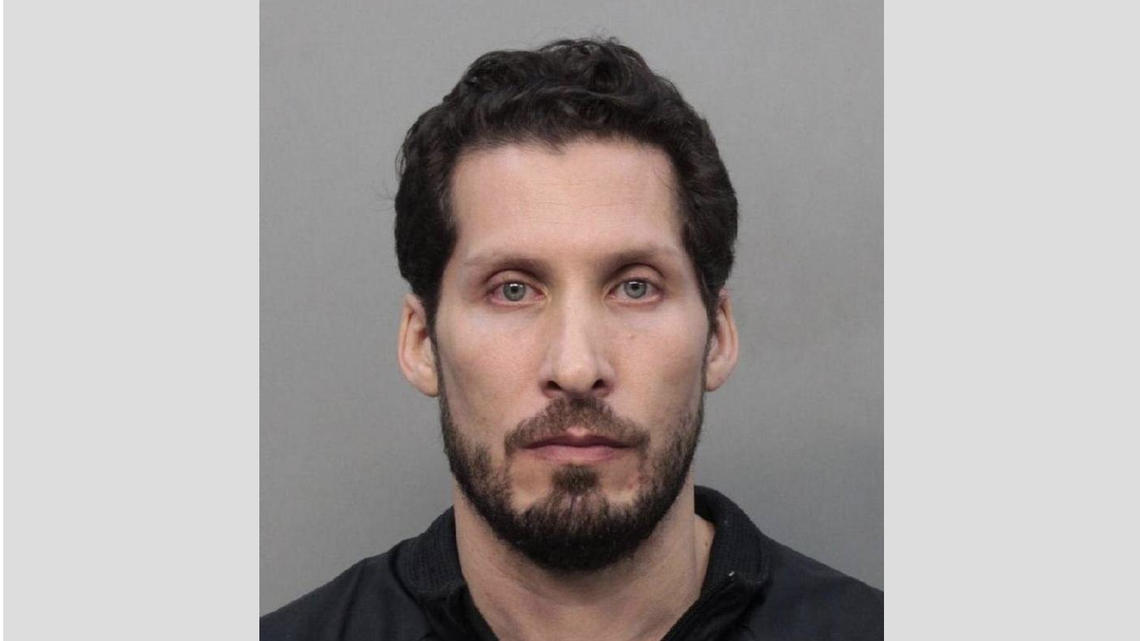 A federal jury has ordered the Miami-Dade School Board to pay $6 million to a former student of an ex-Palmetto High teacher accused of harassing and sexually abusing a string of female students.
In a verdict late Friday, jurors concluded the school district, despite multiple warnings, did nothing to stop Jason Edward Meyers, a creative writing teacher. The verdict found Meyers “posed a substantial risk of sexual abuse or harassment to female students,” yet the district was “deliberately indifferent” in how it handled the accusations.
The federal lawsuit was filed on behalf of an unidentified student in 2019. It was the second lawsuit filed in the Meyers saga — an earlier lawsuit from another former student settled for $1.1 million.
Jurors deliberated less than two hours in ruling in favor of the young woman, who was about 16 and 17 when she was groomed into having sex with Meyers on campus. Now 23, the woman testified during last week’s trial, as did several other victims.
“She was one who was brave and courageous to be scrutinized in that way,” said her attorney, Mark Schweikert. “To win it in the eyes of the jurors — members of this community — is incredibly cathartic for her and for myself as her advocate.”

The woman went on to graduate college, land a job in the public relations field and wants to work advocating on behalf of sex-abuse victims, Schweikert said.

The lawsuit claimed that the principal at Michael M. Krop High in Northeast Miami-Dade received an email in 2008 that Meyers was having sex with current and former students from the school.
During the four-day trial last week, federal civil jurors heard that email came from the boyfriend of a young woman at Krop who’d admitted she’d had sex with Meyers when she was underage. But no schools investigators or police detectives ever reached out to the woman.
Jurors also heard from another victim who said she was “sexually exploited” by Meyers during a school-sponsored trip to Washington, D.C. One of her friends also notified school administrators, but no investigation was done. Instead, Meyers was transferred to Palmetto in 2011.
“Nobody in the school was made aware of the prior complaints against him,” Schweikert said.

The suit also said that Meyers would single out his victims to the point that they were publicly known as “Jason’s Girls.” In all, the suit alleged, Meyers pursued sexually charged relationships with eight of his current or former students at the two schools during his 14 years as a Miami-Dade teacher.

Meyers, 46, is still awaiting trial in Miami-Dade criminal court in a case involving the same victim from last week’s trial — she will have to testify again.
To the frustration of his victims, the criminal trial has been pending for more than five years, because Meyers changed attorneys — and then because of the pandemic. He’s awaiting trial on three felony counts of engaging in sex with a minor.
Meyers was not named in the federal lawsuit. “No one was interested in hearing his side of the story in that civil case,” said his criminal defense attorney, Bradley Horenstein. “Jason Meyers is innocent. Looking forward to our day in court.”
The Miami-Dade school district, in a statement on Monday, did not say whether it will appeal.

“Miami-Dade County Public Schools (M-DCPS) is currently reviewing the judgment in this case,” the statement said. “Notwithstanding, we remain sensitive to the impact that a former employee’s actions may have caused this plaintiff and lament any challenges she has faced as a result.”

The civil verdict is the latest in a string of high-profile scandals involving South Florida educators accused of having improper relationships with students.

As the coronavirus pandemic continued, the Miami-Dade courts held a video court hearing for Tom Privett, a retired teacher who is accused of repeatedly having sex with an underage student in his classroom. He was denied bail. BY MIAMI-DADE 11TH JUDICIAL CIRCUIT | PIERRE TAYLOR

In 2020, the Miami-Dade school district, in a settlement, paid $9 million to five victims who had been raped by former Brownsville Middle physical education teacher Wendell Nibbs. He later pleaded guilty to criminal charges and was sentenced to eight years in prison.
Last year, former Hialeah-Miami Lakes High football coach Edward Williams was charged over an improper romantic relationship with a student. He accepted a plea deal and received probation.

Then there’s former South Dade High and Terra High teacher Tom Privett. He’s awaiting trial after being accused of manipulating an underage student into a long-running sexual relationship at the Terra campus in 2016. Another former student at South Dade told the Miami Herald he did the same to her in the late 1980s.